My photography journey started in High School when I was given the opportunity to learn the process of developing and printing black and white film. I started my Freshman year and found a way to do it all the way until I graduated. The first time I put the photo paper in the developer and watched the image appear, it felt like magic and I was instantly hooked.

When I was in high school, we had Photo 1 and Photo 2 and maybe even Advanced Photography. I know I did an independent study class where I created my own curriculum and projects just so I could continue with it. I grew up in Cincinnati Ohio and finding subjects for the photo assignments was a challenge. So, I started shooting the kids I babysat for and I loved it. They still have them hanging in their home today.

Photography wasn’t a career option when I graduated from High School in 2000 or even college in 2004. Maybe, down the line, I thought I would have a family and I would have my own kid studio and do portraits.

I studied abroad in 2003 in Florence Italy and I know the exact moment I fell in love with travel. I had my first digital camera and a film camera with me and I photographed different cities I visited. Paris was in February and I was sick with Bronchitis but I still managed to push through and see the city. I shot this photograph at the Musée D’Orsay and it was the photograph that started it all and still remains one of my best sellers.

After I graduated from college and took a corporate job and I continued to search for a way to sell my photography. I traveled to Italy with two of my best friends in 2007 and photographed Venice, Florence, and the Amalfi Coast. Honestly, I missed Italy so much, that my friends were trying to convince me to move back. I have a deep connection to Paris, but Italy will always be my first love.

My photography journey started again when I got laid off

I was laid off from my job in 2008 and I scrambled to find something that would help pay the bills. While doing this, I was also still searching for an outlet to sell my photography and I paid a lot of money to build my own site. The site was a money pit and I ended up not selling anything. I met a friend for a drink and her husband told me he was selling his work on Etsy. During this time, I hadn’t heard of the site and immediately went home and looked it up, and started an account. I traveled to Israel at the end of 2008 and decided to start selling my work on Etsy at the beginning of 2009.

I put all my effort into Etsy and tried to make it work and put all my old photographs on Etsy from previous travels. Also, I was visiting the local farmer’s market in my neighborhood to photograph and add it to the shop. I was constantly in chat rooms and forums teaching myself how to build a business. I had one photograph that was getting more hits than anything else in my shop, which was the Musée D’Orsay print. This gave me the idea to go back to Paris.

My First Solo Trip to Paris

I was nannying for a family in 2010 and they had plans to go away for spring break. During this time, I came up with a plan to visit Paris during this break. I took airline miles from my previous job and booked a trip to Paris. Honestly, I barely had any money to make this trip happen and my whole family thought I was crazy. What I did is I researched the best and most affordable hotel in the city and booked it. I booked a room and had the smallest room and a twin bed with a window looking out to a courtyard.

The only time I had been to Paris was in college and that was with friends. Here I was a solo female traveler exploring a foreign city when French wasn’t my best skill. I got lost in the city of Paris with my camera photographing the city day and night. I saw the city for the first time with fresh eyes. It still remains one of my favorite trips to Paris to date. I met strangers, had amazing meals, and went with the flow.

My Photography Journey in Paris

I hired a photographer to shoot with for one day and one night when I first arrived so I could learn about the city. We started with the night by shooting the Eiffel Tower and Moulin Rouge. The following day, we explored the gardens and he walked me all around the city. I mentioned I really wanted to go to Montmartre but I read that it wasn’t safe. I didn’t want to go alone so I offered to buy him lunch if he showed me around. We ate at the most typical Parisian touristy café and explored Montmartre. He showed me The Love Wall which says “I Love You” in 311 languages. I wasn’t in love and was far from it so I didn’t feel a strong connection to the wall. Just to be polite, I looked at the wall and snapped a few photos.

After a week, I came back to Chicago and started editing my photos on my computer. This is one of my favorite parts of the process because I can look at every image and instantly be transported back. I go day by day and it feels like I am opening a present each time. I started putting the photographs in my Etsy shop which included the I Love You Wall. It became a best seller and held strong for years.

I started selling my work on One Kings Lane with a few flash sales. On weekends I drove out to the suburbs to do Farmer’s Markets. I worked as a nanny and sold my photography on Etsy. I would take the babies for a walk to the post office and drop off orders. During nap time, I would work on answering emails and listing items in my shop.

A year later, the family I worked with decided to put their kid in school and another family moved to California. I didn’t feel ready, but it was the best transition to go full-time as a photographer.

My photography journey wasn’t an overnight success and took years of hard work.

I knew traveling and new photographs were the best way to build my business. I booked a three-week trip and traveled to Spain, Portugal, and France photographing and putting them in my Etsy Shop. Etsy was my main source of income for years.

In 2012, I had the idea to move to Paris. I didn’t know how it would happen but I really wanted to experience Paris like a local. I decided to skip the Louvre and the touristy spots and get to know the city like it was my own. So, I packed up my apartment in Chicago giving up the lease and I found an Airbnb for 3 months in Montmartre at the beginning of 2013. There were a lot of logistics behind this and I was so nervous to start this journey.

I know so many people doubted this idea and thought I was crazy, but I just felt like it was something I wanted and had to do. I went to Paris while running the Etsy shop and continued to sell and ship from Paris.

My Paris journey is a story in itself and I will save that for another day.

The first three months in Paris are still some of the favorite times I have spent in Paris. It was hard at the beginning and an adjustment to so many things. I learned by trial and error how to order at the boulangerie. Also, I learned how to shop at the grocery, navigate the city and work on my French. During this time, I didn’t have a cell phone plan and I grabbed wifi when I could and checked email back at my apartment.

I loved those quiet days not checking Instagram/email and exploring the city. On these days, I watched the city transform from grey and cold winter (with the occasional snow) to the start of ppring and cherry blossom season. I knew I didn’t want to leave the minute I arrived.

So, I have continued to make Paris part of my life ever since those first three months and have returned over and over. Some trips have been longer and some shorter. I spent between 2013 and 2015 living in Paris for extended periods of time to live like a local Parisian.

My photography continued to develop over the years with my trips back and forth to Paris. I can identify a photograph from my collection and name the year just by looking at the colors. I learned to chase light in Paris and the way it illuminates the city in the most magical way.

Over the years I continued to build my Paris collection of photographs and sell them on Etsy. Sadly, the algorithm changed in 2016/2017 and my business which was once thriving took a nosedive. It was the scariest thing to happen to me financially since being laid off. I scrambled and quickly found a solution to build my own site. It took a few weeks of late nights back to back in October, and I was able to launch www.rebeccaplotnick.com right before the Christmas holiday saving myself.

Photography has still been my biggest source of income even with the addition of the blog. They help each other out and I know with the introduction of The Paris Calendar last year, a lot of you made your very first purchase from The Print Shop. THANK YOU!

I recently rebranded the blog and switched from Squarespace to WordPress. When I was redesigning the blog, I wanted to also invest in The Print Shop. It made the most sense to merge the two sites to look the same. I am very happy to introduce The Print Shop by Everyday Parisian. You can reach the two sites from each other and the colors, fonts, and logos are the same.

My photography journey is far from over. I love being able to see my favorite city again with fresh eyes and share those images with you.

Thank you for your love and support, especially over the past two years. I wouldn’t be here without all of you! 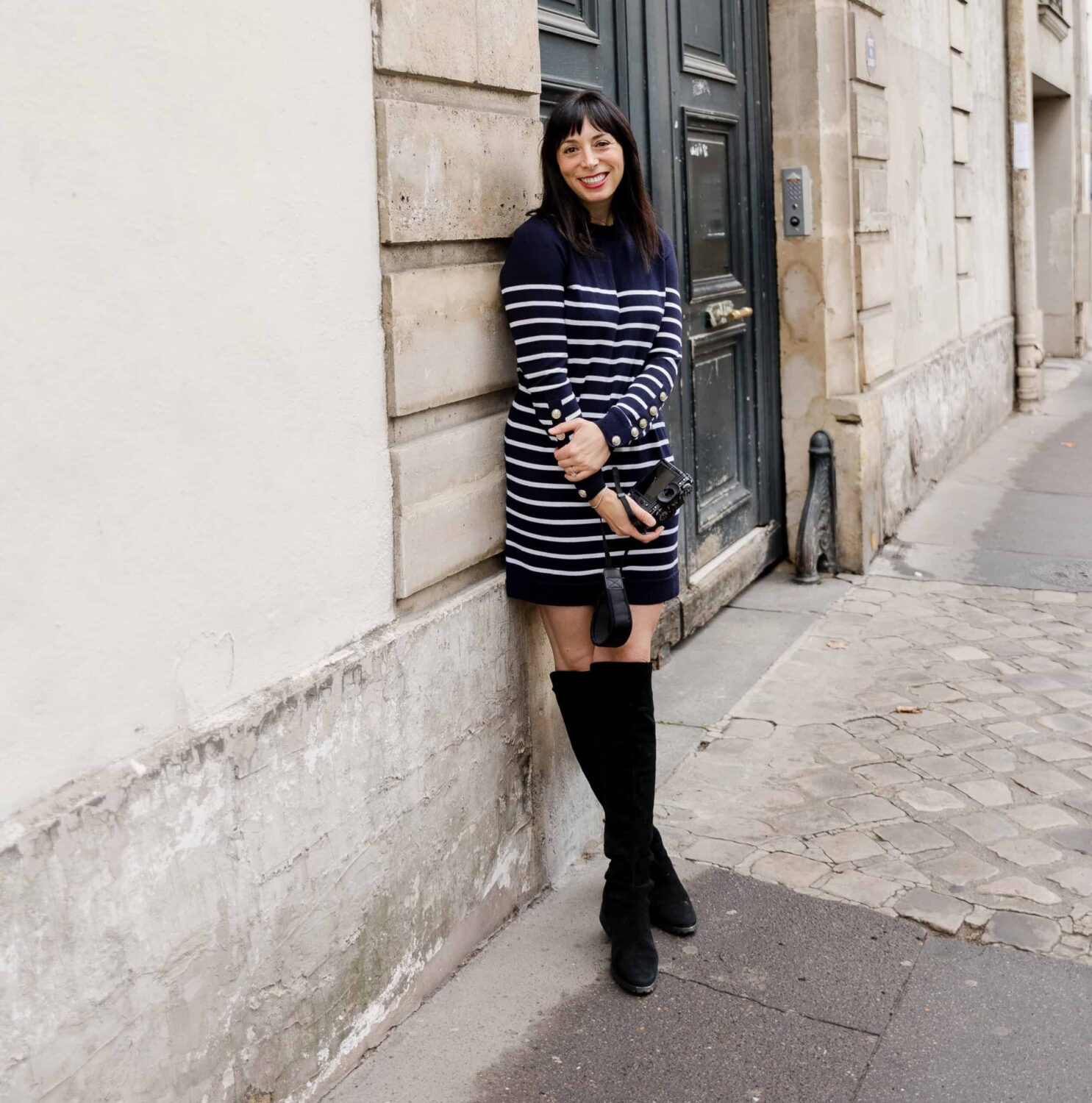 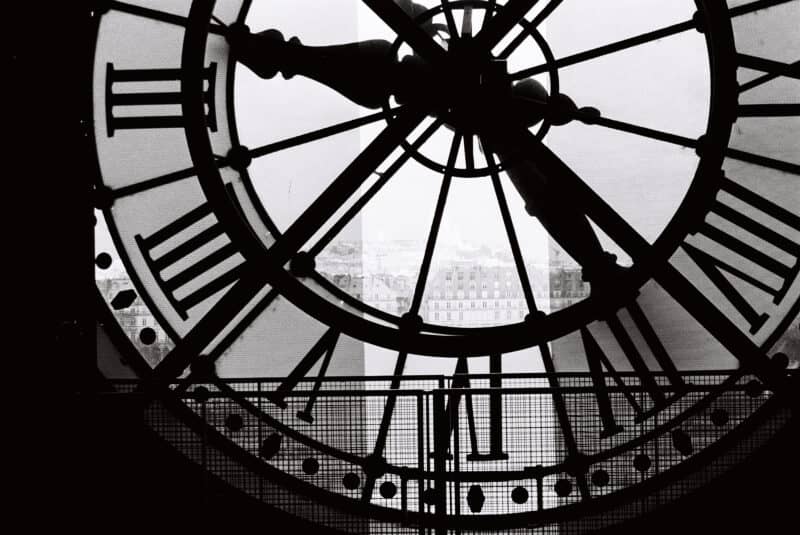