I woke up and enjoyed breakfast at my hotel Pavillon des Lettres. The weather was sunny but there was a crazy amount of wind. Coming from Chicago, this wasn’t out of the ordinary but for Paris it wasn’t normal.

I took a stroll down Rue Saint Honoré on my way to Palais Royal for a Sunday stroll. Typically, I would find myself at The Bastille Market on a Sunday but it wasn’t a close walk to the hotel and I was leaving on Tuesday.

I ended up in Palais Royal where the magnolia blossoms were finally starting to open. It was sunny and the gardens were filled with people.

There was a brocante (flea market) close to Rue Saint Honoré so I planned to walk by. Of course, I fell in love with a mirror that was a little out of my price range and I had no idea how to get it home. I own this mirror from Anthropologie which is similar but I am still really looking for a gold French mirror one of these days.

After the brocante, I had plans to meet up with my Paris family. They live close to Parc Monceau so I had planned to pop into the park to see the blossoms. Due to the crazy winds, the park was closed! I did manage to capture these magnolia blossoms just outside the park. I didn’t get to make it back there for the rest of my visit but hopefully when I am back in June.

We caught up over life and travels back at my family’s apartment before heading out on an afternoon stroll through their neighborhood. Martiene (age 10) asked if she could take my camera on the walk. Since I technically had two, I gave her the fuji to walk around with and shoot. She has been my little apprentice for years and I trusted her. I have known her since she was six weeks old. It is crazy to see how much she grows every time I visit. She is so poised and polite.

Martiene took a few photos before my camera battery eventually died. I failed to bring a charger since I didn’t know how long the battery would last and I didn’t want to pack another cord. She ended up taking this photo which I told her I would put in the shop to sell. I joked that I would put the sales of the print towards her college fund. Later over drinks and tea (for her) she told me that she planned on going to Oxford for college… I better get those print sales moving along.

We ended up walking to an old bar that my Paris family wanted to check out. Some of the spots were closed due to the holiday vacation but on our third attempt we did find a spot. We originally sat outside but do to the crazy winds, the awning was blowing so hard we thought it might collapse. We ended up inside for drinks and tea.

All good things come to an end and we had to say our goodbyes. I wanted to get back to the hotel by sunset which was a little bit of squeeze since I walked back. I did eventually make it just in time. 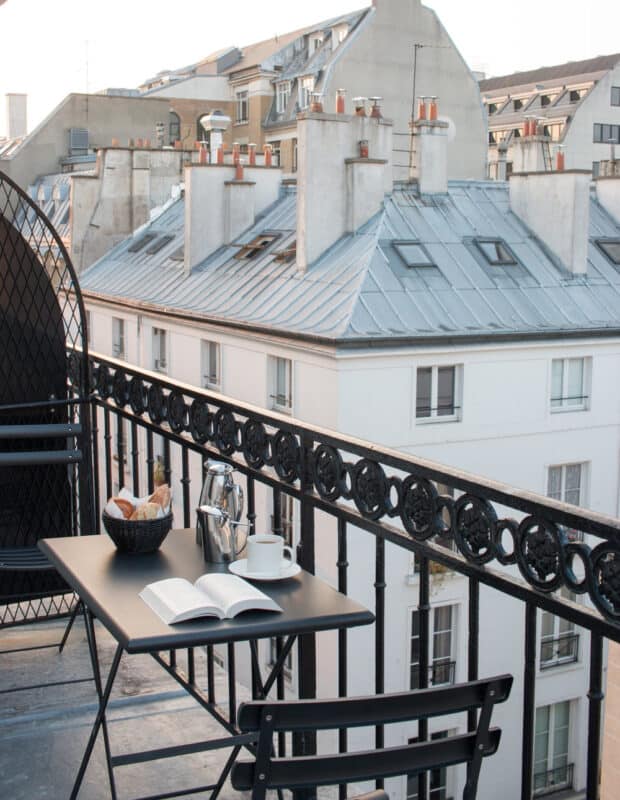