Henri had a lot of fun milestones this month.

I spent time visiting family and he had his first night away from home. He was well cared for with two other dogs and I don’t know if he was ready to go home. I missed him so much!

He lost some of his baby teeth. He has a gummy cute smile and all 4 of his big fang teeth are gone.

He had his first puppy class! Now that I am fully vaccinated, I felt more comfortable taking him to a class. We meet on the weekends and he gets to play with other puppies his age and learn useful training tips. We have only had one so far so I can’t say if it has been worth the investment and if I would recommend it just yet.

He finally made it up on the bed. You know I have been waiting for this moment. He did it all on his own with a running jump right to my pillow. I let him lay for a bit before moving him to his crate.

He has a lot of favorite spots to lay around the house. He loves the little spot under my desk and next to where I work in the kitchen. He follows me just about everywhere. The other day, I heard him making his sleeping noises and I thought he was in his usual spot and I found him sleeping on the couch! I couldn’t stop laughing. He loves to watch TV on the couch at night. It’s our ritual before bed. He snuggles up on me and moves around a bit.

Henri has sat on a few video calls this month. I had an interview for a video job and Henri was a hit. Fingers crossed we get the gig. They agreed that he had to be a part of the project if we were selected.

He loves playing ball in and out of the house. When he wants to play with me, he will pick up the ball and push it onto my leg until I pick it up and throw it. You can’t say no to that face.

The first few months of having a puppy were challenging. I had no idea how much work it would be. I know people warned me but I truly thought I could handle it. Once we got into a routine and Henri was vaccinated and could go on long walks and play with other dogs it made life so much easier. I tell him every day how lucky I am to have him by my side. He has been the best companion for me. ❤️ 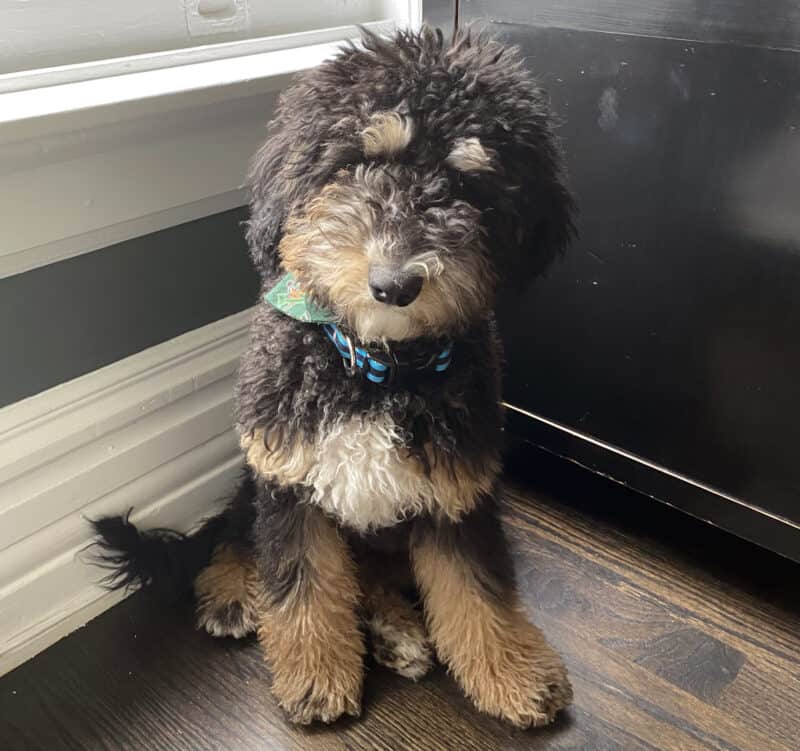