New York to Paris and Back Again by Amy Thomas

I recently got my bike tuned up and took my Café Racer out around Brooklyn. It’s no Velib, but it sure did unlock a memory well. As I pedaled along the avenues and coasted through side streets, feeling free and invigorated, it brought back some of my happiest memories of living in Paris.

It’s almost like a dream now. It was eight years ago when the agency I worked at approached me with the opportunity to transfer to the Paris office. One phone interview, a few months and a ton of paperwork later, I was packing up my one-bedroom apartment in New York for a new life in Paris. I traded bagels for croissants, cupcakes for macarons, and said adieu to my big, beloved network of friends, family, colleagues and freelance contacts. I was starting over.

I would never have been so bold had it not been to move to the most beautiful and magical city on earth. My commute each day was hopping on one of those Velibs, the city’s public bike-sharing system, and pedaling through the Place de la Concorde, and up the Champs-Elysées to where our office overlooked the famed Avenue.

On weekends, I explored other French towns and cities such as Lille, Nantes, and Biarritz and every season took a vacation (Vive la France and its generous vacation policies!), visiting the likes of Brussels, London, Capri, and Lisbon. What more could you ask for?

But it wasn’t all a fairy tale. My time in Paris was, in reality, a mélange of fantasy and loneliness. Euphoric highs tempered by existential questions. Fabulous fashion, freedom, and food, tainted by maddening bureaucracy, illogical rules and plenty of lost-in-translation moments. There were enough doubts and discomforts in my mind that I ended the affair not even two years in.

It’s now been six years since I moved back (how did that happen??). It was actually a tough transition coming home, as I felt stuck between the love for two cities. But little by little, I regained my balance and now appreciate both cities without feeling torn between the two.

I love New York for its scale, energy, passion, noise, possibility and mythology, and Paris for its grace, romance, charm, sophistication, and history.

I love New York’s skyscrapers, brownstones, yellow cabs and a high-powered grid of avenues and streets, and the hotels particuleurs, hidden courtyards and grand tree-lined boulevards of Paris.

I love the bakeries, delis, corner bodegas, pizza joints, cocktail bars and pretzel carts of New York, and the outdoor markets, comptoirs, cafes, chocolatiers, patisseries, boulangeries of Paris (man, do I miss those!).

Being back on a bicycle, remembering all those Velib rides so vividly, made me realize once again how lucky I am: to have called two of the greatest cities on earth home and to still carry them each in my heart. 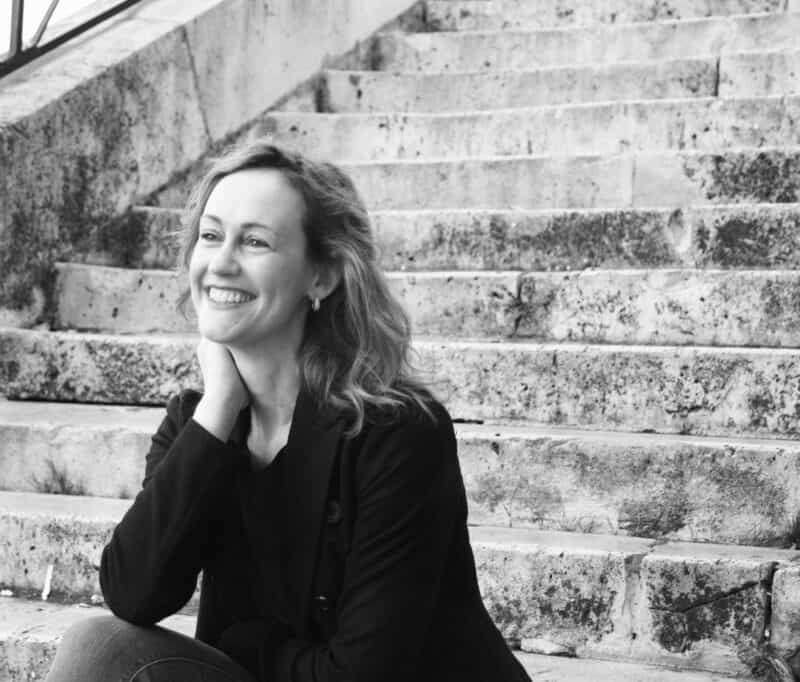 New York to Paris and Back Again by Amy Thomas