It is officially boot weather in NYC and this morning I could have used a pair of warm gloves while out shooting. I wore my leather jacket but I wish I would have packed a warmer coat like this one.

If you have been to Paris you know it is filled with Parks from Jardin du Luxembourg, The Tuileries, Palais Royal, and so much more! New York City is centered around one large park, Central Park. It is stunning and I have had the opportunity to visit during the Summer months but I have yet to visit in the Autumn. When a good friend of mine mentioned she was planning a trip to NYC she asked if I was interested in joining. Yes, it was just days after I returned from a long jam packed trip to Paris but I found another really great ticket from Chicago so I said YES!

The weather was just like Paris, rainy and cold on the day I arrived so it wasn’t much fun for exploring. There were a few more spots I wanted to check out for my Paris Meets NYC Series but those might have to wait for another trip. Luckily, Friday morning looked clear so we planned for a Central Park stroll. The sun rises around 7:30 AM right now so that meant an early wake-up call. Around 6 am way before my alarm was set to go off I was awake and so was my friend Alexis. She asked to join and we quickly got dressed for a walk through the park.

We popped by Maison Kayser for croissants and coffee and jumped in a taxi to head to the park. I knew we were on limited time with the light and it was WAY colder than I had hoped. When I scheduled the trip I read that Central Park should reach peak by this weekend. Sadly, I think they were a week off. But it was still beautiful. 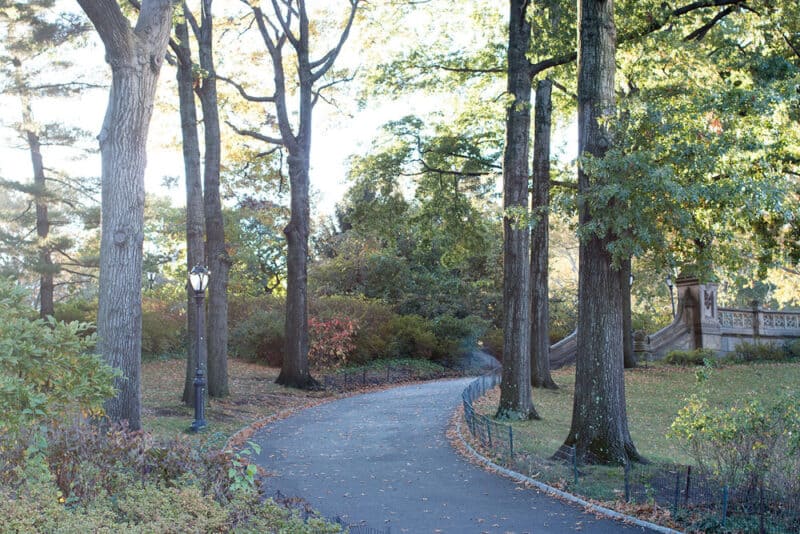