If you’re a Francophile parent, instilling a love of Paris and the French way of life in your children is a zealous mission designed with the aim of ensuring that one day, you have a perpetual sidekick on your journey, or at least, someone to convince the other half that Paris should be your next holiday destination AGAIN.

But if taking your kids to Paris seems like a faraway dream (after all, you have a budget, school dates, safety and potential chaos to contend with), fear not: these stories will evoke all the sense of Parisian beauty and joie de vivre, until you can experience it in the flesh again.

Even better: books make the perfect last-minute, easy-to-wrap gifts to find under the tree.

This adorable little tale of a bunny rabbit on holidays in Paris with her grandmother Babuschka Galushka is one of my personal favourites. Their Parisian holiday apartment, visits the marché, and sightseeing in the city of light fuel my sense of nostalgia, and the cute illustrations just make it perfect for story time with my little one, who I hope will love Paris as much as I do.

A Walk in Paris by Salvatore Rubbino

A grandfather and grandson traipse all around Paris, highlighting a number of arrondissements, sights, and adventures that all little boys (and girls) can enjoy if they’re taken along on a family holiday.

Up, Up and Away by Helene Duver

A super-sweet ode to the Eiffel Tower, who succumbs to sheer boredom and floats around Paris ogling the city’s (other) famous monuments, parks, and department stores. This story is enriched by Duvert’s ornate laser cuts, which just highlight the beauty of the city and its most iconic feature.

The Giraffe that walked to Paris by Nancy Milton

A cute little story of Europe’s first giraffe who came to Paris in 1826, after being gifted to the King of France by the pasha of Egypt.

In an old house in Paris, that was covered with vines, lived twelve little girls, always outshined, by their smallest comrade, Madeline. This series of famed children’s books features numerous storylines of the most famous of French little girls.

Adele and Simon by Barbara McClintock

Tour through the streets of early 20th century Paris with Adele and Simon, as Simon loses a bunch of things through a series of misadventures after his sister Adele picks him up from school.

Joan of Arc by Diane Stanley

An award-winning history lesson presented in child-ready simplicity and complete with illustrations, this is a child’s introduction of France’s heroine and their symbol of national pride and bravery.

Eloise in Paris by Kay Thompson

The Plaza Hotel’s most famous little person heads to Paris. What havoc will she cause there? Featuring illustrations of celebrities and notable figures doing things like taking Eloise’s passport photograph; prodding Eloise’s tummy, or hanging at a nearby table in a Parisian café, it’s like a game of Wally for adults with a penchant for all things Francais.

Kiki and Coco in Paris by Nina Gruener

A sweet little story of a girl and her doll separated in Pars. Will they find each other again?

Sightseeing, singing and Fashion Week come together in the seventh installment of this traveling student.

And for the teens…

Anna and the French Kiss by Stephanie Perkins

American Anna reluctantly heads to Paris on an exchange, where she meets the gorgeous, but complicated Etienne, and learns a host of life lessons along the way. A great YA read from the much-loved Stephanie Perkins.

18-year-old Lisette arrives in Paris to practice her French and see great works of art, so her clairvoyant landlady convinces her to head to language classes for international students. But it’s obvious that Lisette is more interested in love than lessons…

A gripping, time-travelling YA tale of the French revolution, told through the eyes of an American teenager who has her own quests in life.

My Secret Guide to Paris by Lisa Schroeder

Nora’s always planned to see Paris with her grandmother Sylvia, but when Sylvia passes away months before their trip, it feels like the end. So when Nora receives mysterious clues and plane tickets among her grandmother’s things, she sets out on the mystery of a lifetime, all the while wondering, what did her grandmother want her to find in Paris?

Just One Day by Gayle Foreman

A heart-churning story of love, identity, travel and the accidents of fate, told through the eyes of a young Allyson who throws caution to the wind one day in Paris, and wonders if, in order to be found, you have to get lost. 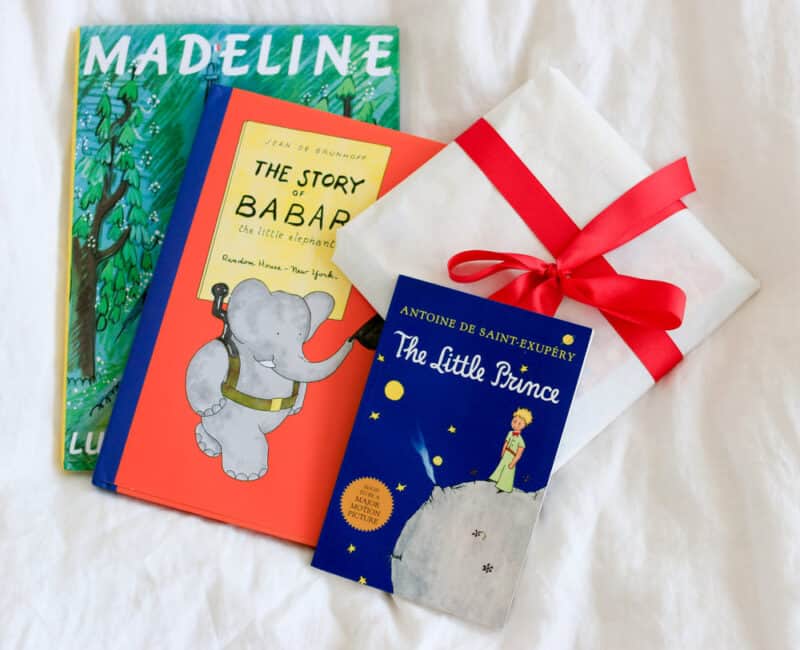