I typically visit Paris in the month of October. Last year I went a little later and booked a trip for November. I wanted to catch the beginning of Christmas in the City of Lights. I left on November 10th just three days before the Paris attacks. First, let me tell you what the city was like this particular visit.

I spent the week staying at my “Paris Family’s” apartment in the 8th arrondissement. I had meetings scheduled all around town this week but spent a good amount with them walking through Parc Monceau on the way to school and catching up late at night over wine. The city was covered in Autumn colors. I took early morning walks on the Seine and it was warm enough to walk around without your coat.

I remember the Sunday before I left in particular. My family had friends over at their apartment for a Sunday lunch. The table was filled with wine, cheese, baguettes and the whole apartment was filled with laughter. There were about 5 kids total and they ran around the apartment playing and loving life. Around 3pm there was this magical light that entered the apartment. It is as it flooded the entire space with this golden light. I asked if I could get up from the table to capture the light.

After we finished eating we took dessert and headed to Parc Monceau. It was early November and the energy in the air was electric. The weather was so warm and beautiful and the park was  filled with people of all ages enjoying the day. I had the offer to extend my trip but I was dating someone back in Chicago and wanted to get back to be with him as we had both been traveling. If I extended my trip I would have been in Paris for the attacks but instead, I missed them.

I was working, preparing for an upcoming show in Chicago when I got a text about the attacks. Then I got another one before stopping to listen to the news. I started to cry. I wept for the people of Paris and the safety of friends and family. I have called Paris home since 2013 and at that moment my city was under attack and here I was helpless in Chicago.

I headed home in complete shock and tried to keep it together. As I walked through the front door I tried not to let it hit me. I turned on the news and there is was. I watched everything unfold and I was literally glued to the TV the entire weekend. I didn’t want to talk to anyone. The first thing I did was to message friends to check on their safety and once everyone was accounted for I felt a little better.

To be completely honest as much as the city was considered to be unsafe at the very moment all I wanted to do was to go back to Paris. Just a few days later after the attacks people were out at cafés returning to “normal” life in Paris. There is a “joie de vivre” that never left. As much as they tried to take that from the Parisians it will remain.

I first returned to Paris after the attacks in January. Yes, some things changed. Small things. You will find more security around the city but it would be like that in any other city in the world. When I walked into monoprix or a museum they asked me to open my jacket and look into my bag. Simple security measures that I don’t mind taking part of.

I have been back three times since the Paris attacks. I will continue to return back to my favorite city and already have plans for Spring.

There is a lot going on in the world right now but the 130 people that lost their lives last year should be remembered along with their families and friends that were affected by the attacks.

Paris still holds that special magic after all these years and I hope you all get the chance to experience Paris the same way I have all these years. 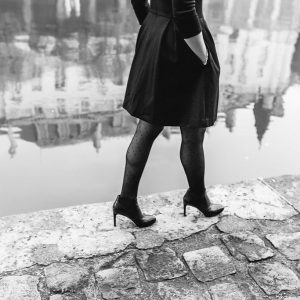