The end of August is wrapping up which means that the Parisians will soon be returning to the city to begin work and school for le rentrée. Le rentrée is the official return after the Summer holiday where the city comes alive again after closed shops and restaurants. Before Summer officially ends we recommend you squeeze the last days of Summer on the beach.

In Paris, the area close to the Seine turns into a fake beach called Paris Plages. Umbrellas and sand line the water to create a beach like atmosphere for all of those Parisians that can’t escape to the beach. Its typical for shops and restaurants to be closed in August. For a full list of what’s open in the month of August check out Paris by Mouths post

While most Parisians will escape to the South of France. (We can’t blame them)

If you can’t make it that far their are several options in the States to visit. Every Day Parisian is based in Chicago so we headed to Oak Street beach for a little fun on the beach with some Chandon Rosé in hand.

The beautiful Blue dress can be found at Banana Republic. I love it for travel because it can be rolled up and fit right into your suitcase and ready to go for the beach.

Photos for this post taken by the talented Liam Haehnle

Don’t forget to show us how you bring Paris into your everyday life by using the hashtag #everydayparisian on Social Media. We will be regramming our favorites on Instagram 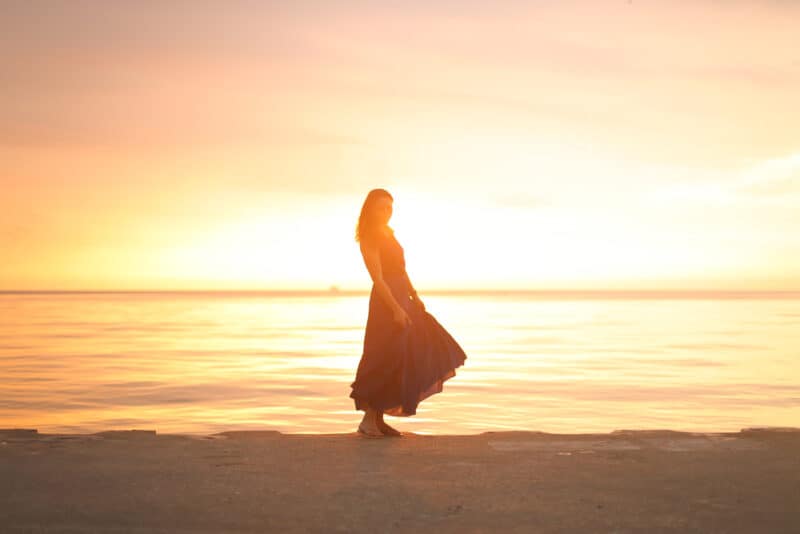