A Day in Menton France

Menton, France had been on my list to visit for a while now. I have visited a lot of the towns around Nice from Cannes, Monaco and Antibes. My family had never been to the South of France so adventuring to a town that wasn’t so well known was a stretch. Somehow, I convinced them and I am so glad I did! Menton was one of the highlights of the trip for me. I honestly wish we could have stayed longer but traveling with two small kids was a challenge.

The trip took around 35 minutes from Nice. I would highly recommend getting to the train station early to get your tickets. Peak time for the ticket office was around 10 am which was sometimes when we arrived. My sister and I had a system. There were two places where the ticket machines were and we divided and conquered. We would send a quick text letting each other know who got to the front of the line first.

The trains run often but considering we had two small kids, nap time and meal times were a huge factor.

My family had just spent a week in Italy but we were all in the mood for pizza and pasta, again. By the time we arrived we were all hungry and desperate to locate a spot for lunch. One tip we quickly learned while traveling with little ones, make note of playgrounds nearby. This was a huge help to get extra energy out before and after train rides.

The kids played at the playground overlooking the water while I explored the center of the town. 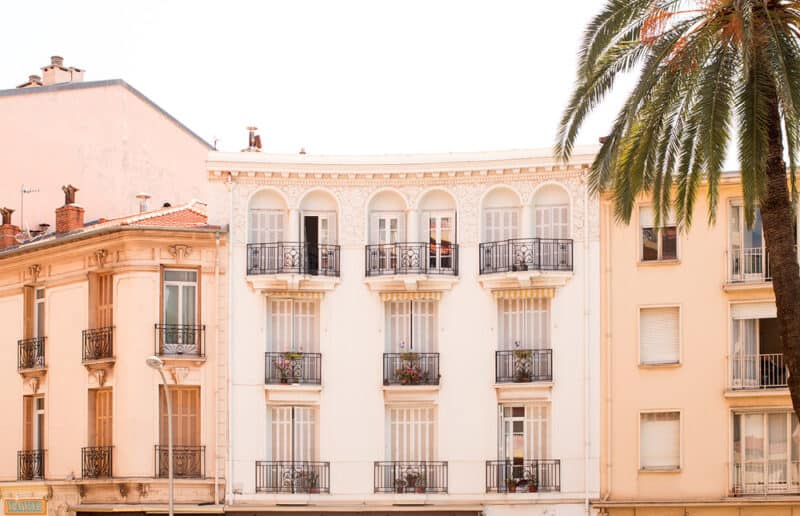 A Day in Menton France