The First Every Day Parisian Meetup at The Four Seasons Chicago

This weekend I hosted the first meetup in Chicago. The location was a little secret since there were limited spots available. I estimated there would be 15 people max but I never expected to fill every seat. I arrived at the Four Seasons early to make sure everything was set. I requested just a table in the lobby, macarons, and coffee. Coffee with me is always a must. They surprised me with a long table set for 15 people in the Allium Restaurant. This was my first meetup so I had no idea what to expect and how many people would actually show up. I received 15 RSVPs for the meetup. I waited with nerves as the table was set with pastries. At 1pm on the dot people arrived and within minutes the table was filled.

With the blink of an eye, all of the macarons were gone! It was a unanimous decision that The Four Seasons Chicago has the best macaron in the city. I moved around the table chatting with different groups of people. Strangers became friends and plans were made for future meetups. I couldn’t have asked for a better group of ladies to kick off the meetup.

We were able to skype with Kristen Beddard of Bonjour Kale but due to the number of people in the group, it was hard to hear. We are in the process of collecting questions for Kristen who will do a Q and A on the blog so you can all join in.

Each of the ladies was gifted a pack of notecards to use to send notes of love, thanks, or a bonjour. I am giving away 5 packs to you guys because I know not everyone was able to attend. Please email me at [email protected] and the first 5 people will get them sent out right away.

We did pick a book club selection for February which I will wait to announce later this week! I haven’t read it yet as I want to read along with you but I have heard great things about it! So stay tuned.

A huge thank you to all of those who attended the first meetup and The Four Seasons Chicago for hosting us. Also, thank you Kristen Beddard for your guest appearance at the meetup!

If you haven’t signed up for the newsletter I highly recommend it so you don’t miss out on fun activities and giveaways. As always I am completely open to suggestions for the blog what you would like to see more of as far as topics. Style, recipes, books, spots around Chicago, NYC, Paris Tips. You name it! This blog is a joy for me to write and I love being able to share it with all of you!! 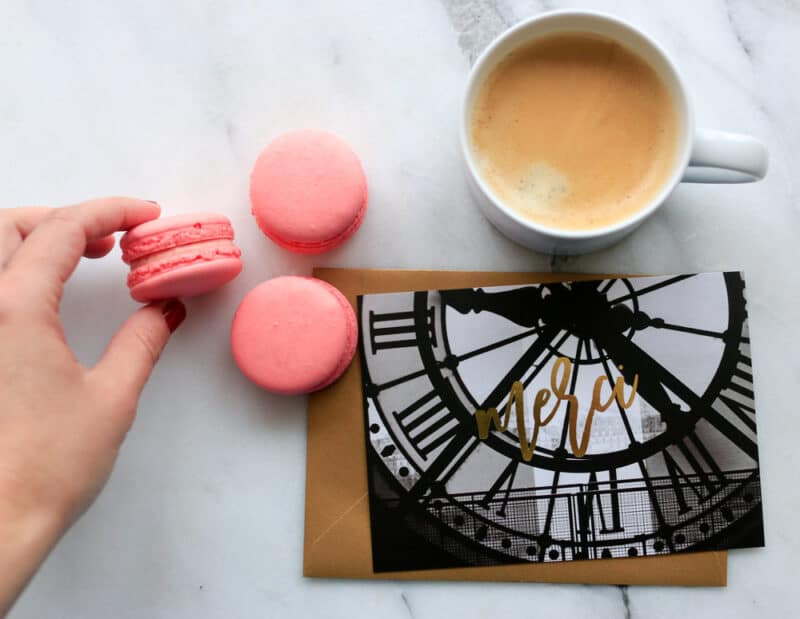 The First Every Day Parisian Meetup at The Four Seasons Chicago